The tough conditions from the last days of the previous week persisted. The start into this week was not an easy one: while the water kept dropping, sunny and very windy first two days gave everyone a rough start. But we had just the right group to battle these tough conditions: A group of South African, British and Norwegian fly warriors, who did not shy away from a bit of wind (~65-75 km/h during our first days). But the constellation of the group was not a random one! Although from very different corners of the world, they have been fishing and travelling together for years, united by family, friendship and most importantly a shared passion. We here at Kau Tapen have been lucky enough to have hosted them a good handful of times before. That’s why everyone – the guides and the staff alike – especially looked forward to welcoming this great bunch of people for this particular week again!

Trond, Didrik, Lars, Hans Terje (HT), Helge from Norway; Clive and Allen from the UK; and Murray, Louis and Mark from South Africa. When the group arrived at the lodge, they already knew the drill: A couple of drinks, a quick introduction and straight to setting up the equipment for the week ahead. While one half of the team took their early go with a quick warmup session (where already a few fish were landed), the other half stuck to drinks and the comfortable couch.

On Sunday, everybody was locked and loaded! The sun was out, the wind was howling and the start into the week was not the easiest to say the least. But already during morning session, the ice was broken for many of the group, amongst these fish an amazing 17 lbs fish for Didrik to break in the fishing trip! The next day started with similar conditions, and although we do have a good amount of fish in the river, the activity of the fish has been rather low. Despite of the low and very clear water, the fish were (at least at the moment) too willing to come up for a fly, forcing us to fish deeper than conditions would suggest. However, that did not seem to bother HT – known Rio Grande big fish magnet and very entertaining character – when he decided to set the bar quite high with a 21 pound kyped male. The excitement about HT’s fish did not overshadow Clive’s amazing, fresh 18 pounder from the same session, however. More double figure fish were landed that day and Lars would make his first fish of the trip a cracking 16 lbs specimen.

The fact that we saw more and more really fresh fish in the 5-9 pound range got us all excited. And although we were catching a fair amount of these “smaller fish”, the amount of fish in their high teens was very solid for this week. Both Helge and Clive would manage to bring a proper 17 lbs fish to the net. This trend continued on Day 4 with Mark adding a 16 pounder and Louis another 17 lbs fish to the board. Murray’s 14 lbs silver bullet got us all excited: after covering the water like a champion during the first three days without the bit of luck, this fish was even more rewarding and well deserved!

The second last day started with heavy overcast. And it was one of those days where you have this fishy feeling in the air. And our gut feeling should not fool us. While some of the pools in the Rio Grande were working pretty well, the Rio Menendez was on fire that day. Helge, Lars and Didrik were lucky to be on that river in the morning and touched fish in every pool. Too good to not do it again, Lars and Didrik took on the Menendez for the evening session as well. And man, it did not disappoint! We are pretty sure Didrik won’t forget his magical five fish session with a 16 and an incredible 20,5 pound fish on his single handed rod anytime soon. But also the main river was producing good fish, with another 16 pounder for Helge and a beautiful 17 lbs hen fish for Trond!

With just one last day left, everyone had landed multiple double digit fish and the pressure was off completely. The atmosphere around the group on the next morning was extremely relaxed. No rush to go to the river and lot of laughs around the lodge. But the last day should have some last surprises left. Helge would finish his day with another proper 15 pounder and Lars and Didrik managed two amazing fish in their last session: A whooping 18 lbs cock fish and a chunky 19 lbs hen on literally the last cast of the trip, while the sun was setting. What an ending to the week! A tough week with challenging conditions comes to an end. The group worked incredibly hard for these really good results and every single fish was earned and well deserved. Closed groups like this are incredible fun for all of us. The mix of healthy competition on the water, the shared stories around the dinner table and the bar, and most importantly the mutual excitement for a big fish is what makes all of this very special.

Thank you for great company, good entertainment, and a lot of skill on the water – an outstanding week if you ask me! We’re already looking forward to the next time we may welcome this group again! 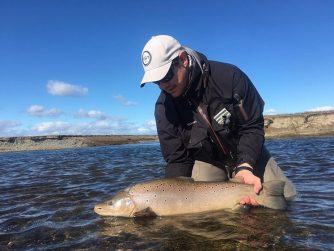 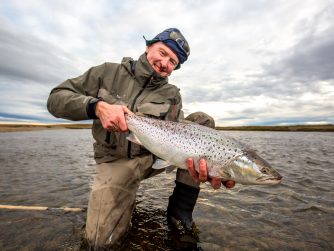 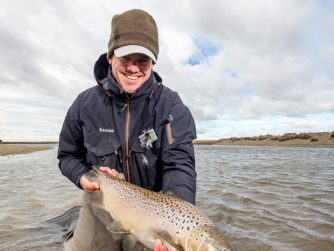 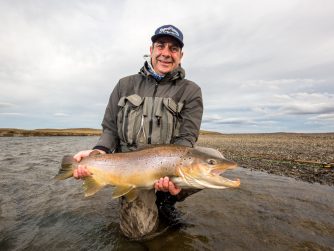 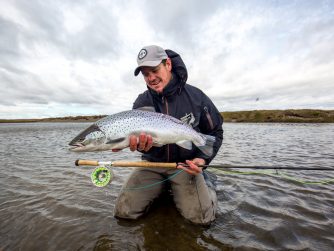 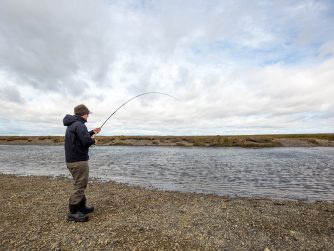 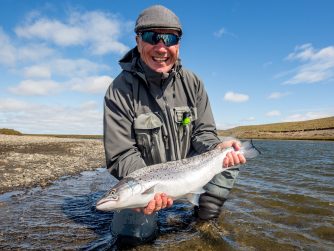 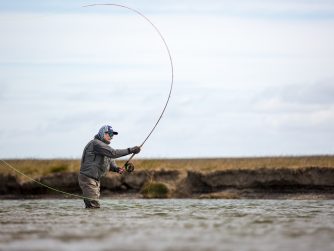 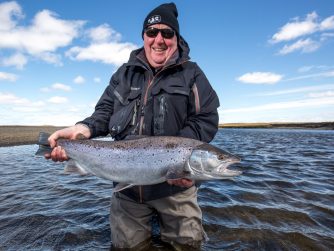 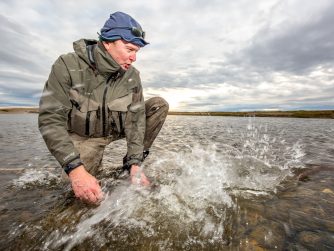 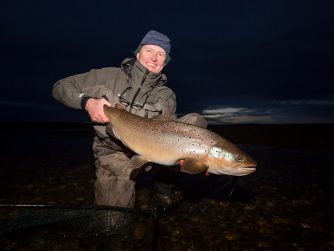 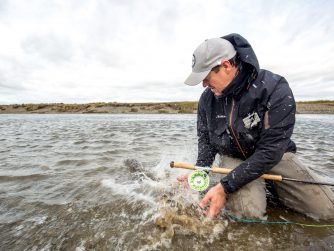 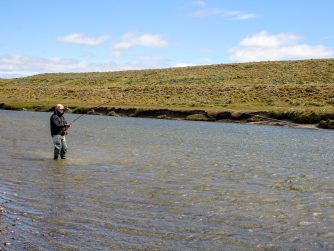 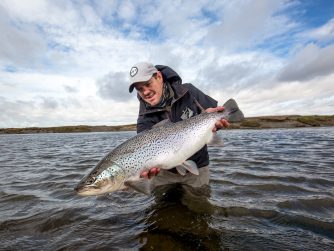 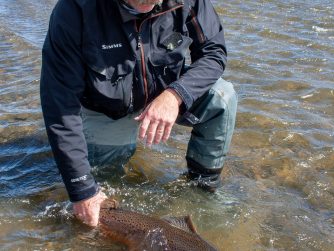 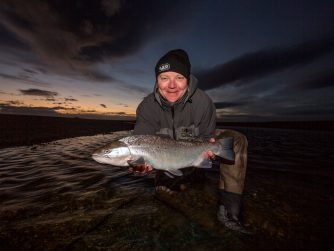 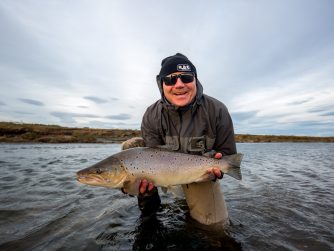 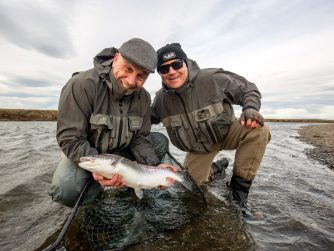 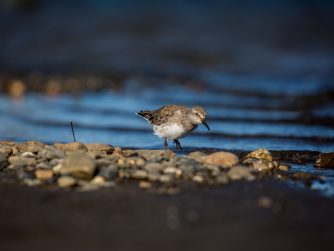