Another week has passed and we were excited to welcome some very old friends once again this year. Jon, Jeremy (US), Hubert and his son Jean-Hubert (Belgium), who have been with us many, many years and who we were much looking forward to take out to the river once again. But also Julian, Philipp, Collin and Rosemary (UK) had been here before and we were equally excited to fish with them again after four years. Nina and her husband Goeff (US) came for their first time and we were very keen on showing them a new experience on this river.

The conditions remained tricky! The water was still extremely low and clear, the forecast predicted some heavier rain for midweek, however – so fingers crossed! Fishing float/intermediate lines, long leaders, and very small flies, as well as minimizing the wading was our preferred approach during the day, and larger sunrays and leeches for the later evenings. This delicate adjustment payed off on the first day already, when almost every member of the group would hook into fish! However, temperatures dropped significantly during the night and made for very cold water on the second morning. The combination of the suddenly very cold and still extremely low water put the activity of the fish down significantly. Every fish was hard work and the result of many cast into the frosty morning air. Fishing bigger flies slower and deeper brought some results, but the fishing was quite tough during these mornings. The eveningsessions on the other hand – when water temperatures had gone up a bit – brought better results. Monday’s evening showed again how quickly things can get turned around, when Jean and Hubert had an amazing last hour with 8 fish landed, ending on an incredible 19 lbs fish for Jean.

Tuesday morning confirmed, that the cold nightly temperatures were a huge deciding factor for the activity of the fish. It was the only mild morning of the entire week, but the most productive morningsession of all. And finally, FINALLY we got some rain. The light drizzle here did not change much, but hopefully the heavy cloud cover over the mountains. Winds from a north-easterly direction made fishing in many pools a bit more difficult, but those pools that we were able to cover seemed to produce good fish. Jeremy had a glorious session, coming back with three double digit fish on a single hander and a nymph: 12, 16 and 18 lbs after losing a couple more. But also Philipp managed an amazing 18 and a 14 lbs and Nina and Geoff added a 14 and a 15 lbs to the catchbook. More fish in the 8-13 lbs range were landed and also the eveningsession unveiled some more nice fish.

The combination of snowmelt and again a very cool night made temperatures in the water drop below 7 degrees on Wednesday morning and the river had a green-blueish taint to it. Fishing was very slow and only “smaller” fish could be enticed to take the fly.

Tuesday’s rain in the mountains finally affected the river down here on Thursay morning. The water had risen 3 inches over night and was still rising, while also coloring up. Away from small flies and long leaders to heavier tips and bigger rubberleg pattern and leeches – this change in tactics payed off and rewarded us with some fish here and there. However, these constantly changing conditions in the water had put the fish down and we were hoping for water and weather to stabilize. Towards the late afternoon, we started to see fish moving in different pools across the river – it seemed like the fish were starting to run again. And halfway into the eveningsession, Jeremy hooked into the biggest fish of the week! After an exhilarating fight with deep headshakes that confirmed its size, he could land that magnificent 23 lbs hen fish. What an effort on a tough day like this. But also Julian managed to land three fish on his birthday, that was celebrated with the whole group in the lodge!

On the last morning, we woke up to frozen windshields and rime on the grass outside of the lodge. The river was still colored up and fishing larger leeches and intruders was the only way to move some fish, amongst these a nice and very fresh 14 pounder for Julian out of Rio Menendez. After an amazing fight up and down the pool on his single hander, Julian recalls this as the “fish, that made the week for him”! Towards the evening the water started to slightly clear up again and the fish were starting to get more active again. Geoff finished his week on a great 16 pounder and also Jeremy could add another awesome 14 lbs to his already pretty good week! But the fish of the evening came quite late, a cracking 19 pounder for Rosemary at almost dark!

In a nutshell, the combination of low water, and big temperature fluctuations caused by very cold nights made the fishing very tough, especially during most mornings. The Rio Menedez was once again much more than a backup plan, but rather the go-to option during these tricky conditions. The push of water that finally arrived here on Thursday morning seemed to be enough to make the fish run again. Although, we are still desperately hoping for more water, this push – although just a few inches – may shuffle the deck again and mix up the pools. We’re hoping to see some movement as conditions settle. Our fingers are crossed for more stable weather and some more rain, as the river still remains low! 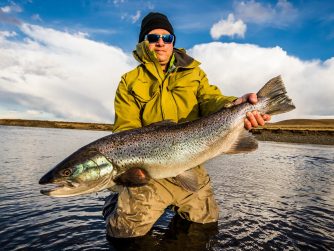 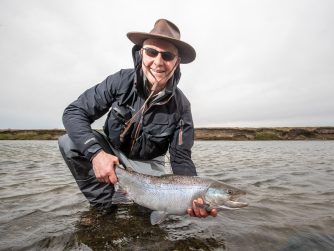 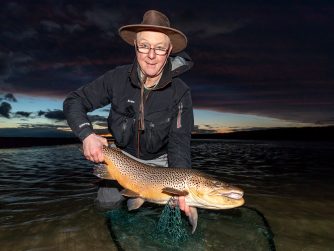 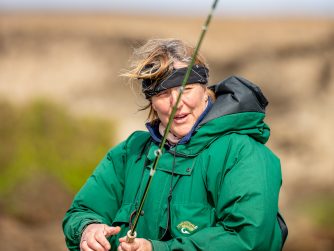 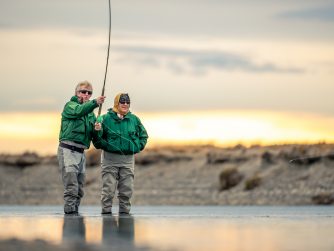 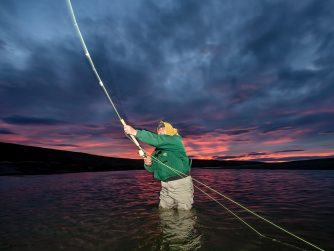 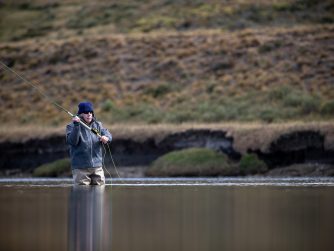 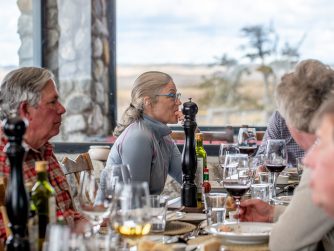 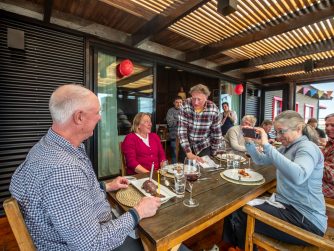 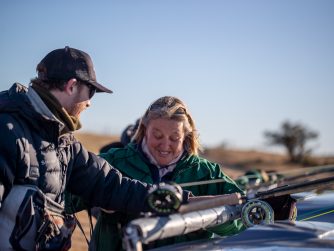 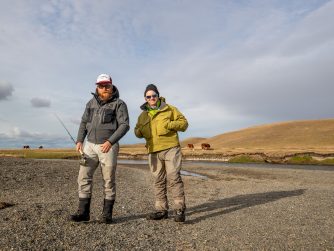 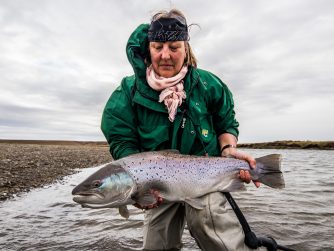 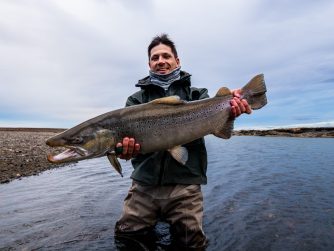