It’s the end of the fourth week at Kau Taupen Lodge on the Rio Grande. The water, despite the odd shower, has continued to drop. Now very low the conditions have called for some technical fishing. The guides are in their element, this is not the time for throwing large leeches on sinking lines for hours on end.

Now presentation is critical, and instead of covering large tracts of water, small pockets and “Hot Spots” are the main focus. Leaders are lengthened, then shortened. Flies go heavier and smaller, then larger and and lighter, then smaller and lighter, in no particular order. The reward, after a fish is hooked, is all the greater for the effort gone into identifying exactly what the fish is after.

The guest list was as varied in nationality as it was in experience. We had a group of friends from Ukraine, brothers from Newfoundland, a talented photographer from Japan, and compatriots from Germany.

Despite the varied skill levels, some fantastic fishing was had by all. In total 127 fish were landed and another 64 lost. Half a dozen or so fish were 16 lb and up, one which was caught by Victor, one of the Ukrainians on his first fly fishing experience. The Biggest fish of the week was caught by Daniel Stefan from Germany, weighing in at over 18lb.

Hope to see you on the river, 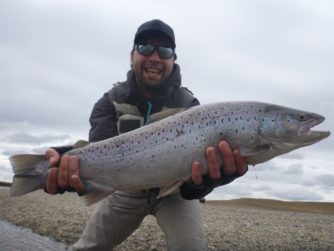 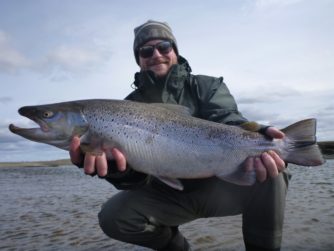 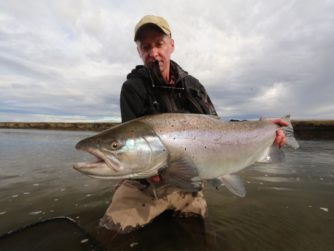 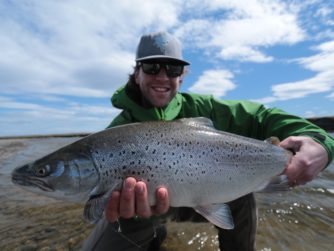 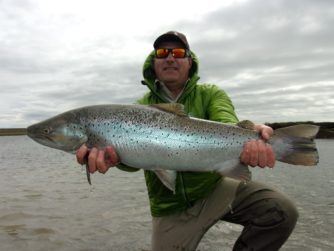 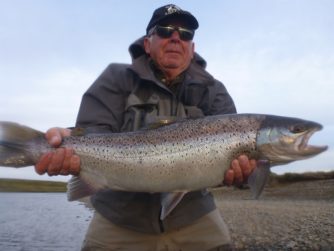