So ends another week at Kau Tapen, but by all accounts it was not you’re average week. Mark Taylor from Mavungana Norway brought his Norwegian friends from all the way up there, to all the way down here. I’d been looking forward to this week as I know the crew well from guiding in Norway and I knew that it was going to be , well, fun as hell.
The Crew didn’t disappoint, and it didn’t take them very long to christen the lodges new hot tub in a spectacular show of partial male nudity.

But I’m sure you folks don’t want to hear too much about male bonding sojourns, so lets cut to the chase and talk about some fishing…

The river is still running pretty low, but running cold and clear. As with the last few weeks this meant an opportunity for some great technical fishing. Small heavy nymphs, and slow sink/ intermediate leaders and good presentations made all the difference. After sunset small Sunrays were fished confidence and often produced three or four fish in the dying minutes of the day.

The final tally of the week was 135 fish landed, and another 25 lost after a short fight. The largest fish was a beautiful 21lb Cock landed by Kristoffe Vasdal. It was sad to see the group leave this morning, my only consolation being I’ll see most of the guys in for the Salmon season this summer.

Hope to see you on the water, 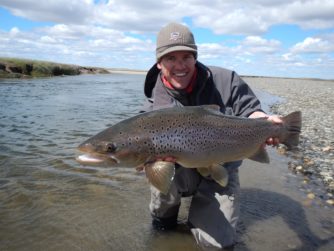 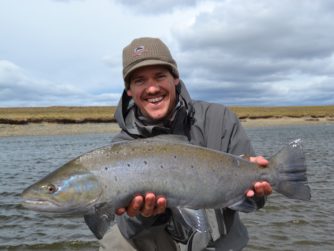 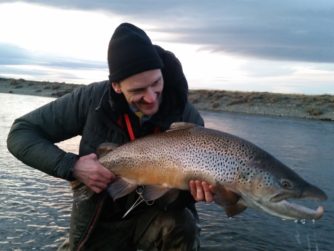 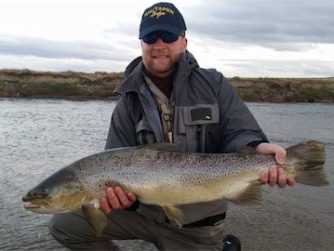 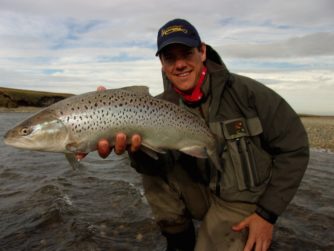